the player will take the role of a Yak-1 pilot during the battle of Stalingrad in the time between early July 1942 and early January 1943. The background story is fictional, but some of the missions are loosely based on real events.
duration : 20 mission 10(NJ)/ZG 1 was formed in October 1942. Not much is know about the first months of its existence, but from February 1943 onward it was based at Bagerovo on the Kerch peninsula as a night fighter squadron tasked with the defense of the Kerch Strait area. Most of the supplies for the German forces fighting in the Kuban bridgehead had to be transported across the narrow strait between the Crimea and the Taman peninsula, so the area became a primary target for Soviet night bombers. The pilots of 10.(NJ)/ZG 1 also carried out missions over or near the front to counter frequent night harassment attacks, often flown by obsolete biplanes. None of the units Bf-110s was equipped with radar, so interceptions had to be done in close cooperation with searchlights batteries. Despite the lack of onboard radar and the small number of available aircraft, the unit scored dozens of night victories. In August 1943 10.(NJ)/ZG 1 became the 5th Staffel of NJG 200, one of the two dedicated eastern front night fighter Geschwader the Luftwaffe formed during the war
duration : 10 mission This campaign is set during the early stages of the Stalingrad battle when the German XIV Panzer Corps breached through to the Volga River and the Luftwaffe unleashed all of its might on the civilian districts and defense lines of the city. To compensate for the heavy losses the 8th Air Army suffered during the Summer, Soviet High Command started to move all available reserves, including air regiments and air defense forces personnel to the Stalingrad area in the middle of August. You will be the second-in-command squadron officer of the 11th IAP (fighter regiment) that just arrived at the front line, in the thick of the unraveling air battle.
Timeframe: August 28th - September 13th, 1942.
Regiment: 11th IAP 268th IAD
Available aircraft: Yak-1 series 69
Duration: 15 missions Platzschutzstaffel Pitomnik, was a detachment of volunteers from Jagdgeschwader 3, based at Pitomnik airfield inside the Stalingrad pocket during December 1942 and January 1943. The unit's primary task was to protect the airfield and the transport planes bringing supplies and evacuating the wounded. The campaign is based on the experiences of Kurt Ebener, the units most successful pilot.
Duration: 13 missions Announcing a micro campaign for the Spitfire Mk Vb in Kuban.
It's inspired in some passages of Igor Zlobin's narration of Spitfires over the Kuban.
duration : 8 missions 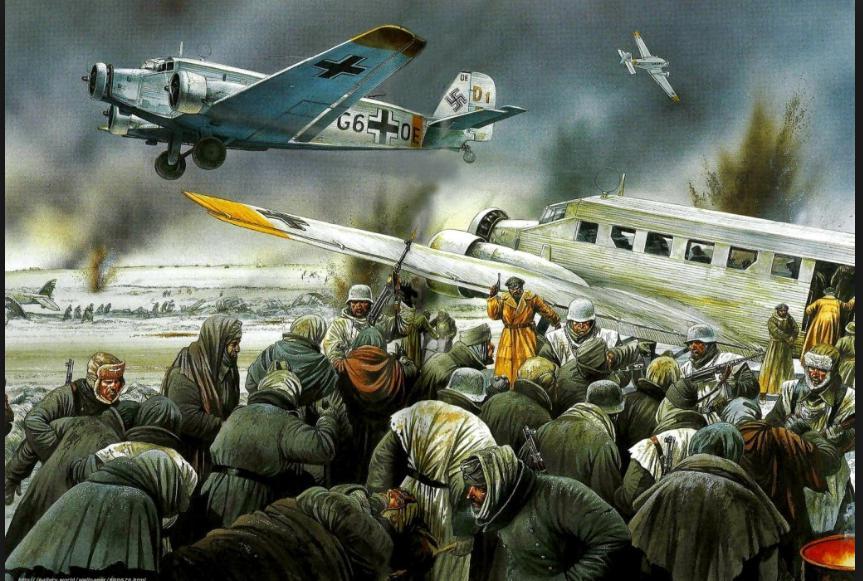